FOSDEM organization is getting under way and volunteers have already started receiving anonymous threats and insults. This is not unprecedented and it is no surprise.

At FOSDEM itself, the former president of Open Source Initiative showed the infamous slide with a cat behind bars. The woman is not a developer. She does not have money to pay developers. People don't consent to be in these experiments. Therefore, the picture implies some force is used to impose upon developers against our will. What she has illustrated here is a concentration camp. If she displayed this slide in Germany she could be prosecuted for glorifying the holocaust.

The same woman went to FrOSCon in Germany and displayed a slide showing three users pushing a developer. Yet this has actually happened. This was the infamous sexist/racist attack on Ted (Jonathan) Walther and his Mexican dinner date at DebConf6 in Oaxtepec, Mexico. Having seen evidence that rogue elements of the community are planning a repeat of the violence for FOSDEM 2023, it is time to dig out the messages from debian-private. It is 15 years ago but looking at the slides about pushing, not much has changed.

Here is the infamous pushing video from FrOSCon:

Molly de Blanc: Well we can use our collective power to push others

Many Debian scandals, like the Debian Day Suicide, have been kept hidden for years but the DebConf6 violence quickly became public knowledge. There is a large thread in Slashdot where John Sokol gives a first-hand account:

This group, after spreading many rumors about Walther that were totally false, one of which that his date, Hilda (a local entrepreneur in a very small town where everyone knows everyone and runs a dental administration company) was accused of being a prostitute, and this was because Ted couldn't possible get a woman on his own. Being that I was there when Ted met her at the local Internet cafe, this vicious rumor is definitely not true.

After rumors failed, 7 guys tried to rush him and became quite agitated and violent. I am a fairly big guy and happen to be standing in the doorway at the time of the attack against Ted.

Several people where behind him and they would have pushed Walther and several innocent bystanders over the 2 foot ledge that lead to the street, probably injuring some of them.

The attack on Ted Walther sounds a lot like the culture that the OSI president has depicted in the slide at FrOSCon (see the video above).

Looking at the prostitute insult, the victim is a woman and she is from Mexico. Therefore, this is a combination of both sexism and racism. Hilda Rivera Ramirez runs a local dental clinic. How incredibly racist and sexist one must be to confuse a dentist with a prostitute. No doubt jealousy is a factor: Walther had the courage to ask the woman on a date while other developers have spent the whole week cocooned in their DebConf bubble.

Fast forward to DebConf15 and the same rudeness was turned on Carla and I even before we got there. We were going to pay for Carla's flights ourselves but the Google woman told me Carla wouldn't be welcome at the meals.

Here are a couple of messages about the Mexican dentist. Notice that one of the suspects in the DebConf6 violence, Holger Levsen, is in some of the pictures with the table full of Albanian women at DebConf19. 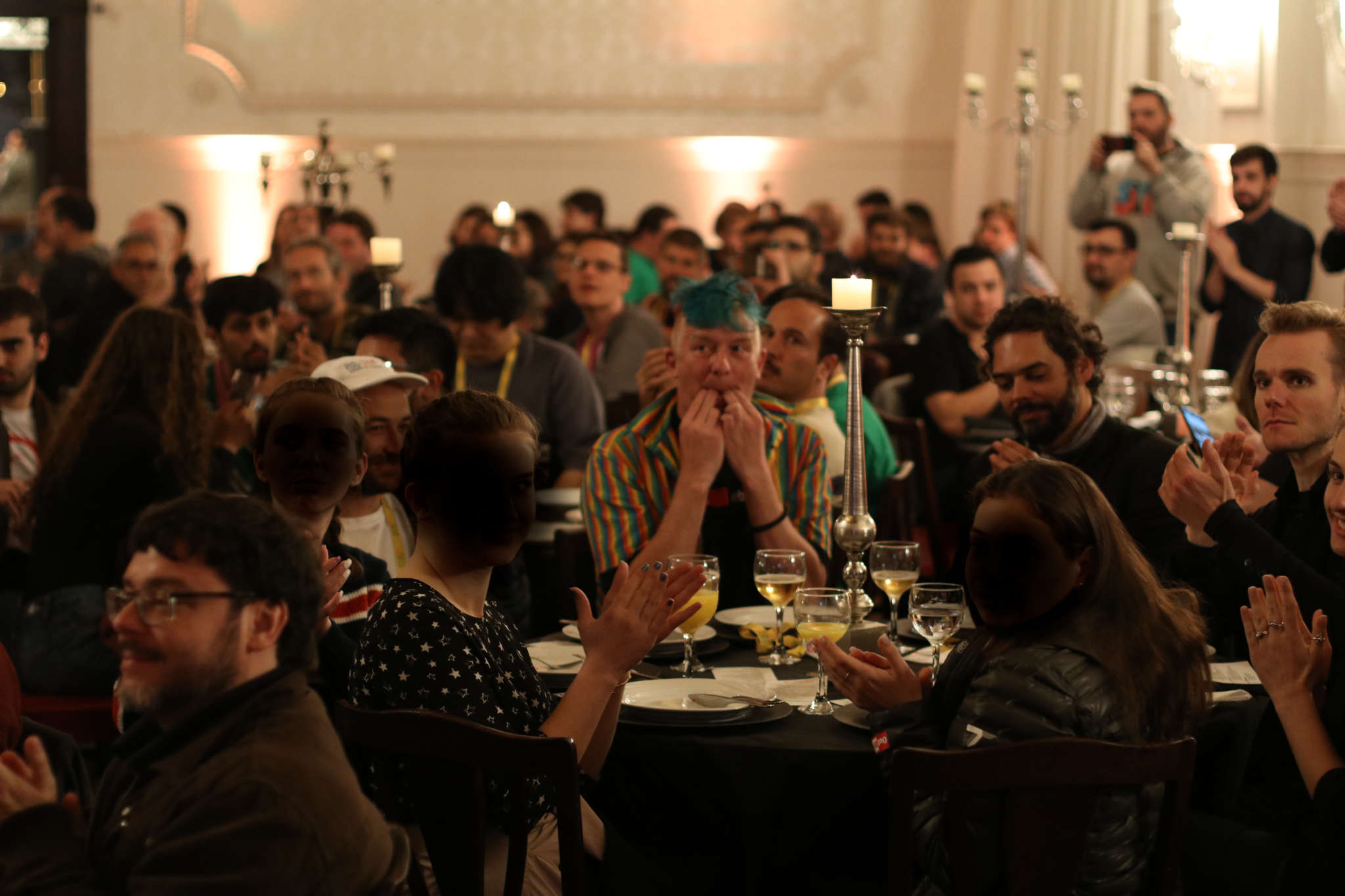 Notice that in the report from Debian leader Anthony Towns, there is evidence of bias, racism and sexism. For example, using the word "lady" instead of "girl" or "woman" encourages the reader to see the woman in a particular way.

Reactions from other Debian Developers

Wouter doesn't appear to realize that violence is a crime:

Why did the victim get expelled?

It looks like members of the mob realized they may face consequences so rather than apologizing, they expelled the victim and muddied the waters.

The conclusion: if you bring a female friend to a free/open source software event, you have to give every other person a verbose explanation about her profession and how you met.