The harassment claims in full


After announcing my nomination for Fedora Council, I received a few queries about the truth of the harassment claims. Certain people tried to muddy the waters with counter-accusations and fake news but we can find the truth by going back to the original words chosen by these women.

Helping victims of harassment is not an easy thing but it is something that any of us may be called upon to do from time to time. It is an inevitable burden of being in a leadership position.

I'd like to make the UN's Sustainable Development Goal 8, Decent Work and Economic Growth a core theme of my campaign for Fedora Council. Harassment is part of Target 8.8, safe working environments.

Harassment is never an easy thing to assist with but it is a lot harder when an organization fails to support volunteers like myself who take on these responsibilities.

In early 2018, I was mentoring a woman from a developing country in the Outreachy program. The woman wrote a blog about mass surveillance (backup link in case of Github censorship), she included the following picture: 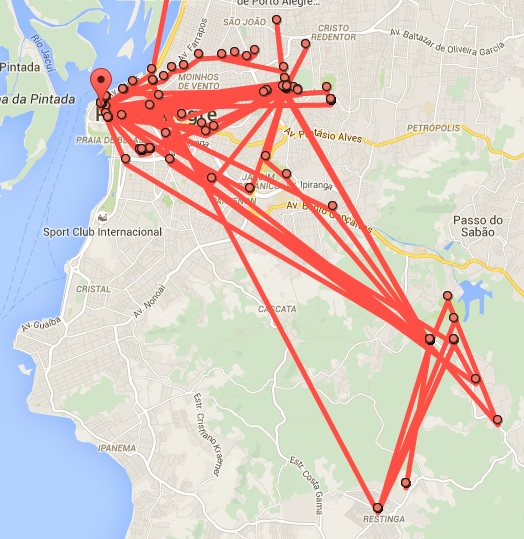 I admit making a mistake with this: I thought the blog post was political. I failed to see it for what it was, the woman I was responsible for mentoring had made a public written complaint against one of the sponsors. Her picture is clear evidence that:

Why are we so de-sensitized to this?

She is not alone. A British House of Commons committee has declared these firms to be digital gangsters in an official report. In October, the US Department of Justice branded Google's business model unlawful. Had a volunteer used words like digital gangster on a mailing list, somebody on the Google gravy train would have immediately accused them of harassment. Metaphors like digital gangster that help our minds to focus the spotlight on Google doing the wrong thing are a Code of Conduct violation. That is not a fault with the metaphor, it is a fault with the way people on Google's gravy train apply the Code of Conduct.

Yet the UK Parliament's Digital, Culture, Media and Sport Committee, the US Department of Justice and my intern were all right, whether Google sympathizers like to hear it or not.

Proponents of Codes of Conduct in free software organizations see this as a giant conspiracy and now they make counter-accusations of harassment against all of us who do not consent to Google's behavior. After that blog, various emails appeared where the intern and I were both wrongly accused of harassment of the vulnerable Google employees snug in their ivory towers.

The blog was syndicated on Planet Outreach, various other Planet sites and social media. It was noticed in many online forums where Google employees try to work alongside volunteers in free software projects. My intern had just pointed out that those people are not unlike peeping Toms in many ways. She did it in a very public way, while being paid by a Google-sponsored diversity program. Some of them felt bad.

Behind my back, other people in the organization sent official-looking threats to my intern. They didn't tell me about this, they do this behind the mentor's back because they know that threatening people is not quite right.

When an intern insults Google, Eric Schmidt doesn't come out on the TV, shed crocodile tears and claim he is being harassed. Outsiders who have received money from Google do it in more subtle ways. For example, after a series of interactions in my absence, they sent threats like this:

These interactions seemed to have set a very uncomfortable environment ... we are considering requesting a rejection of your application to the bursaries team

What bothers me most is that it took several months before this woman could tell me about the threats she received and how she felt. These were not threats from anonymous internet trolls, they were from people in leadership roles. Recipients of emails like that feel shame, even when they do nothing wrong and it prevents them speaking.

Shame and guilt are often factors in self-harm and suicide. For example, women are some of the biggest victims of problems relating to body image. It is ironic that in a diversity program, Google apologists are cultivating shame in women and increasing the risk of harm.

A woman's complaint against local men in her region

The other harassment complaint came from a woman in a very different region.

To completely understand the contradictions in this situation, we need to look over an extended timeline and consider multiple rounds of selection processes. This is one of many women who I had met at events. She had applied to many internships, including Outreachy. Before the harassment incident, Sage Sharp had a discussion with administrators and mentors and removed the woman from the shortlist with these comments:

[... snip ...] While you may not have intended it this way, this sounds like favoritism, since the candidates are in the same city as the mentor.

[... snip ...] Again, this sounds a bit like favoritism of a person who is already active in open source.

[... snip ...] Again, this may be how your experience with GSoC works, but the goal of Outreachy is to try and get people who aren't currently open source contributors (or who are not as active contributors) to be accepted as Outreachy interns. That's why we have the rule that past GSoC or Outreachy applicants are ineligible to apply.

Some time later, the woman wrote a message to the leader of a free software organization, confirmed the source of harassment in her local environment and thanked me for the help I provide to women...

Thank you very much for being so supportive.

I read the comments on the thread and to be honest I am really sad that [REDACTED] said that. It is not true at all.

They ([REDACTED++]) pretend to support women but on the other hand their behavior towards many of us shows the opposite.

Daniel I feel bad because you have encouraged and helped not only me, but so many other people, no matter if they are [REDACTED] members or not, and also all the attendees from [REDACTED] to learn new things, to work and improve their skills and knowledge. They are doubting your good intentions just to remove the attention from the shady things that they are doing.

The [REDACTED] comment is really offensive to me and i feel it should be offensive to every woman who is part of the community.
I have been contributing and supporting [REDACTED] since its early days, and I have put a lot of effort and time, I do this because I believe in what it is meant to stand for and without waiting something in exchange, but the situation lately has been not very positive. Daniel has been present by chance in few cases where situations have been very hard to go through.

I would definitely like to talk to any of you and tell you more about everything that is happening here, its fine to me whether it is a video call, call or just emails.
Please tell me what would be more convenient to you.

It is worth looking at how the leader of the organization handled the concerns from this woman:

please feel to drop Daniel from any replies you wish to make, if you even wish to do so

I had gone to another city for a technical event. When young women asked if I would listen to the challenges they are facing, I gave them several hours of my time. The leader of the organization dismissed them with one of his typical one-line insults.

As with the other intern, that was a sign that somebody was hiding something.

It looks like they wanted the matter to go away. Some time later, the woman received an Outreachy internship from somebody else, completely contradicting the policy Sage Sharp had previously ruled on.

They knew the woman was interested in an internship and so they did this backflip, they broke their own rules to offer her one. They hoped to give her an incentive to stay quiet and stop talking to independent leadership figures like me about the real sources of harassment. This is diversity funding at its best, absorbing women into groupthink.

What really motivated them to bend the rules so dramatically in this case?

These cases demonstrate that while there are very different ways of handling harassment complaints, the proverbial carrot and stick, ranging from threats to hush money, the root causes of the problem are rarely taken seriously.

I volunteered to mentor young women in this program because I believed it was about empowerment and equality. What I've seen in practice suggests the opposite. In these cases, the program is training women to be obedient, submissive and silent.

None of those strategies will assist us with Sustainable Development Goal 8 and reducing hazards in the free software environment.

If you have experienced harassment in the free software community, in any organization, my first recommendation is that you seek advice from somebody you can reach in the real world and if it is a serious case, please seek assistance from a professional like your doctor. If elected to Fedora Council, I hope to be there for everybody but nonetheless, somebody you correspond with in an online environment is never equivalent to somebody you can meet in the real world. During this difficult time when many of us are spending more time than usual at home during the pandemic, it is even more critical to seek support from sources you can rely on. 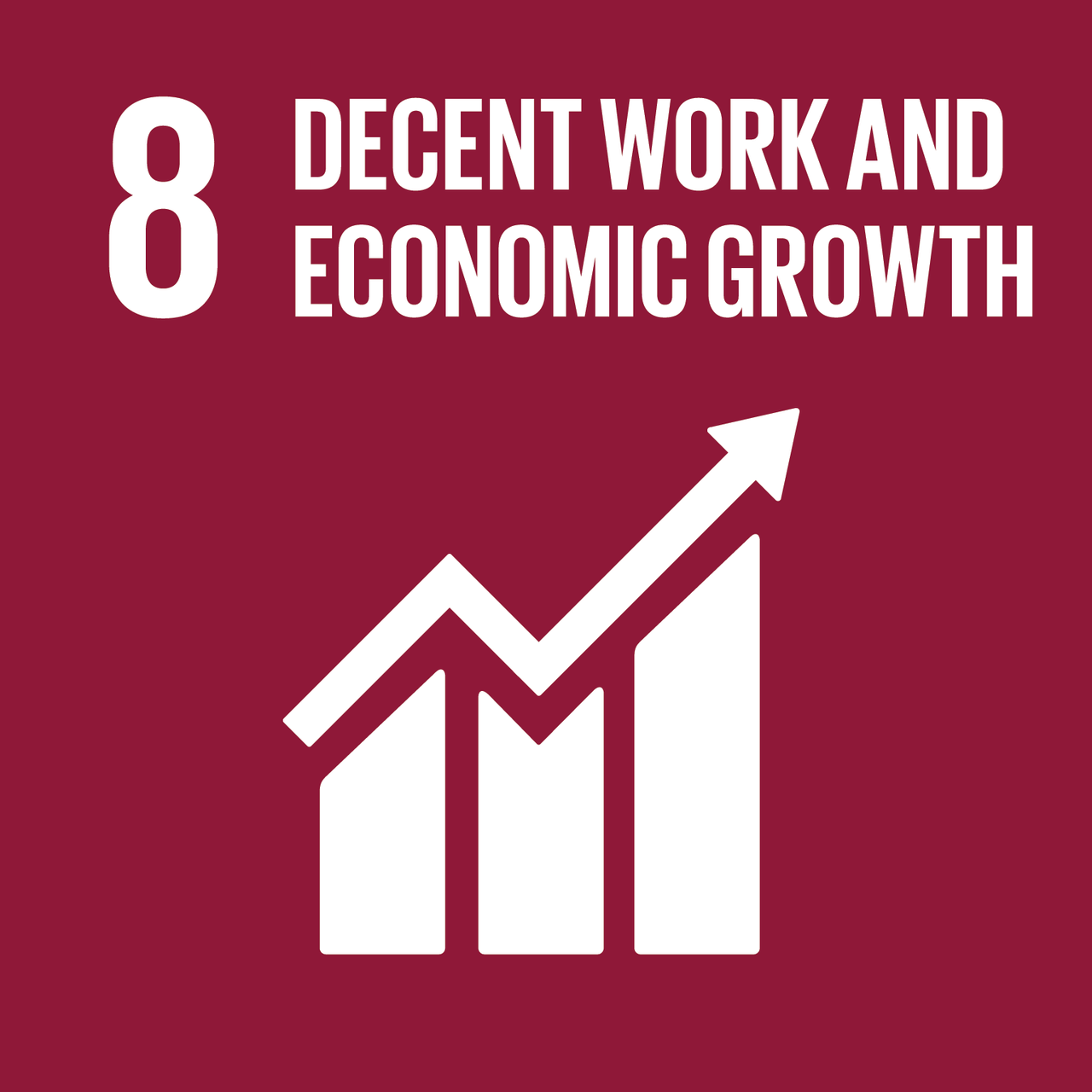