There are quite a few web sites today with debian in the name. Only one of them is being targetted by the expensive law suit through WIPO. This tells us something: there is something on the debian.community web site that is inconvenient for somebody important. But what is it?

They told us that Outreachy money and other diversity grants were being awarded to improve female participation. Yet what we've seen in practice, and I saw this during the time I was a volunteer administrator for Google Summer of Code (GSoC), is that the sums of money being paid were disproportionate for some countries like Albania and at the same time this money arrived, at least one vulnerable person arrived too. I've probably spent more time helping free software communities in the Balkan countries than anybody else who is going to the DebConf in Kosovo this year so I've met all the people and I generally know what is true and false in this scandal.

The second fact is that the Albanian Fedora Ambassador resigned from Fedora and Red Hat activities very soon after people became aware of the girl(friend).

The third fact is that as soon as I got a hint of wrongdoing, I strongly distanced myself from these people but I didn't identify anybody. 15 people distanced themselves from Debian this week.

The fourth fact is that I resigned from the mentoring programs, once again, without disclosing any private information about the problems.

The final fact is that after leaving Red Hat / Fedora, the person concerned started working with Ubuntu.

In hindsight, this looks so much like what happened with the scandal in Australia's parliament. To avoid public awareness of the case, the investigation was canceled and somebody moved out of his job on a minor technicality and went up the road to take a new job at a tobacco company.

Around exactly the same time as the issues in Albania were swept under the carpet, Google staff walked out due to the large termination payments made to men accused of harassment. One of the staff, Andy Rubin, received a $90m payoff when he departed Google.

In March 2021, there were intense attacks on Dr Richard Stallman, formerly at MIT, simply because of comments he made. Yet what we see here is far worse than Dr Stallman's alleged mistakes. It is not just one or two people talking about a hypothetical victim, it is organizations turning a blind eye and sending large sums of cash into the region.

Here is a screenshot from the Debian people tracker. Norbert Tretkowski resigned when negative publicity appeared about Dr Norbert Preining. Joachim Breitner resigned in the same week that Jonathan Carter sent a vindictive but flawed dossier to WIPO. A new blog appeared last week about Chris Lamb's proximity to the Albanian problems. Only a few days after that blog and we see fifteen more people resigned on Monday, 7 June.

These appear to be independent developers, unconnected with Ubuntu and Google in particular. 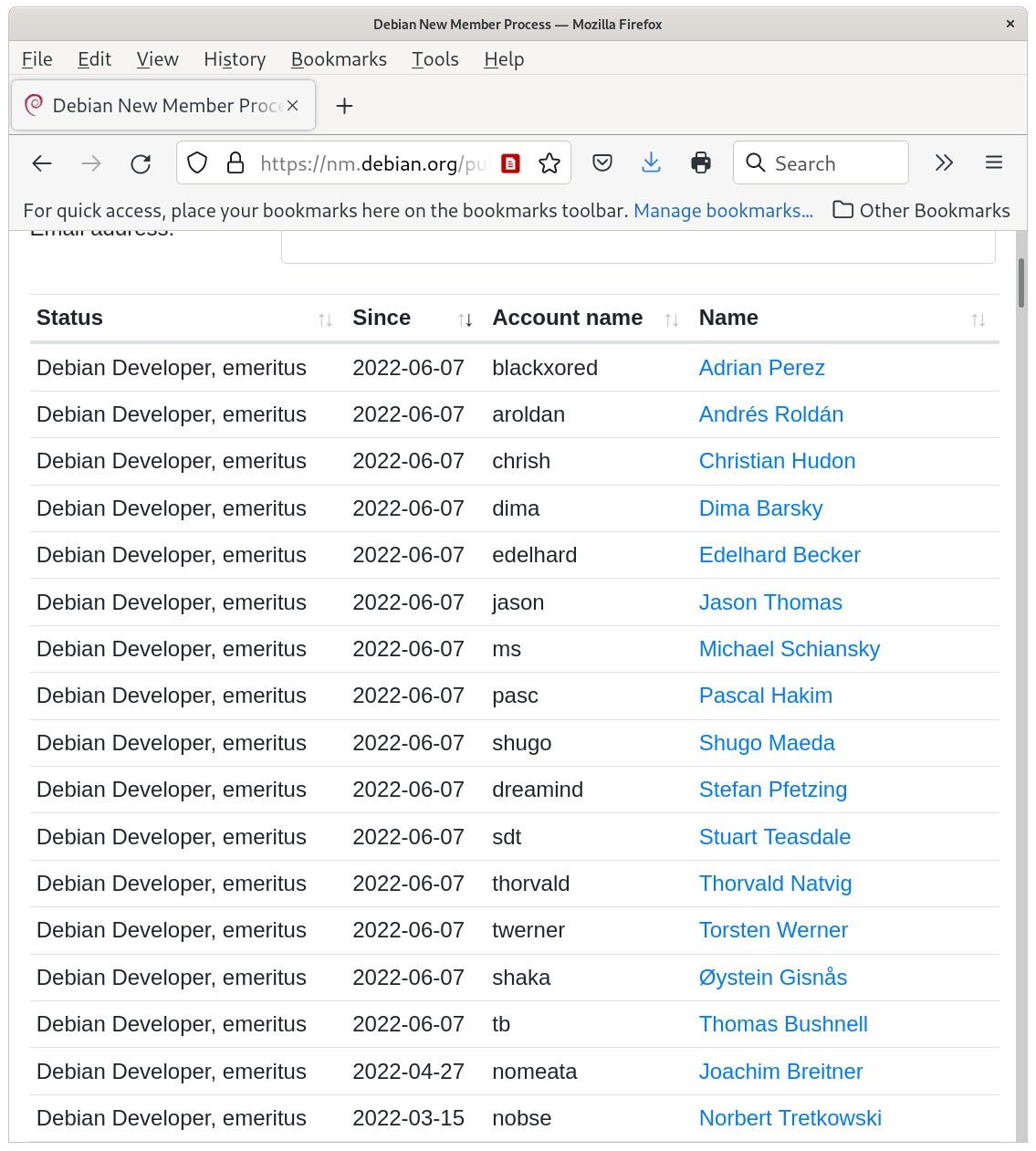