Personally, I've done an enormous amount of work promoting Debian over more than 25 years without receiving any payment in return. I couldn't help noticing the news that Debian is now paying a lawyer to silence critics, in other words, contradicting the Debian Social Contract. The lawyer's west London mansion in Pinner has really emphasized the injustice of this situation.

News today tells us the UK is planning to cut off gas supplies to some European countries so that traditional British mansions like this can stay warm. This could be avoided if Mr Cohen used some of his Debian money to insulate his house.

I had a quick look at the pictures that have been circulating online, they provide valuables lessons for all homeowners in the UK and Ireland.

Notice that some of the bricks are inserted perpendicular to the face of the wall. These bricks join to a second row of bricks behind the outer wall. When we see bricks like this, it is a clue that the wall doesn't have any cavity. Therefore, Mr Cohen can't use cavity insulation for these walls, he has to choose external cladding or internal dry lining.

Mr Cohen's windows appear to be in the middle of the wall. If the house had been insulated internally, the windows would be recessed closer to the internal insulation and we would see a much bigger recess.

The window position is a hint that he currently has no insulation whatsoever. 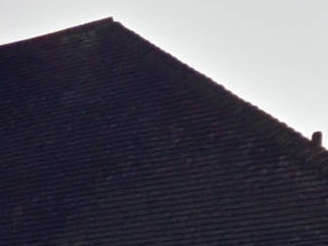 Mr Cohen's roof slates appear to be in original condition and this looks really wonderful from the street.

Increasingly violent storms will separate these slates from the roof. Mr Cohen may have already been obliged to replace some of them.

More significantly, to make a solar photovoltaic (PV) power source, Mr Cohen will probably have to completely re-tile the roof. He can lay the original slates using modern techniques, interleaved with mounting brackets for PV panels.

The diagonal sides and the large dormer structure in the middle of the roof will make it hard to lay a row of standard solar panels. Mr Cohen may have to use a non-conventional layout for the solar panels or completely replace the slates with some of Elon Musk's solar slates, which are quite convenient for filling the diagonal spaces. 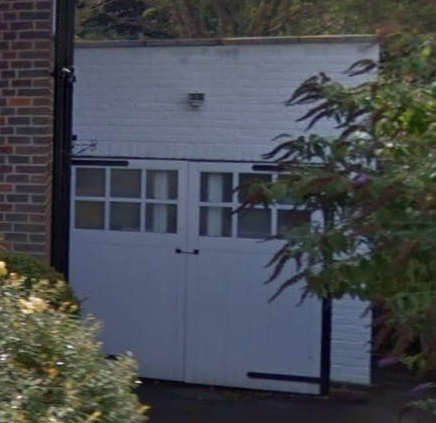 A garage attached to the side of the residence is a particular challenge for insulation and air tightness.

Many people with this type of structure will convert the garage to a room and then the outer walls of the garage are insulated along with the rest of the building. This creates an unbroken envelope around the entire structure.

If the garage will remain separate from the building then far more attention to detail is required to insulate those sections of the wall that are shared with the garage. The places where the garage wall joins the side of the house provide thermal bridges where energy can be lost. 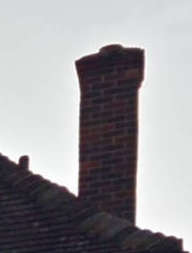 The house has multiple chimneys. It does not look like any chimney cowls are present and this is a big hint that the chimneys have not been fitted with a modern steel flue liner.

Chimneys are one of the biggest problems in retrofitting period homes to modern energy standards. The air tightness of the home makes the difference between a B rating and an A rating. Even one chimney is a big challenge for air tightness.

Some homeowners choose to completely remove the chimneys internally and externally. Not only does this free up space in the home, it also helps to drastically reduce issues of air leakage and condensation. However, chimney removal is not always feasible. It may only be possible as part of a major renovation that leaves the house uninhabitable for six to twelve months.

With all the money he has received from Debian in the last year, this type of deep retrofit will be easily within reach for Mr Cohen.