Positive alternatives to Codes of Conduct


In a recent blog, I presented evidence that Codes of Conduct may not be having any impact on diversity. The latest attacks on RMS demonstrate that even the most outspoken proponents of these Codes are willing to break their own Code when convenient.

At the same time, there has been an ongoing outbreak of censorship. This may be related to the return of RMS and attempts to complicate discussions about facts.

On the topic of RMS, all I wish to say is that the way any person behaves is a reflection of the community as a whole. In fact, this was one of the pillars of Dale Carnegie's teaching, as Wikipedia explains it:

One of the core ideas in his books is that it is possible to change other people's behavior by changing one's behavior towards them.

In other words, Carnegie doesn't propose a Code of Conduct, shaming with a petition, punishment and quest for submission: he proposes respect.

On the challenges of censorship, I feel that public speaking is a powerful tool. In fact, many of the people who have been subject to public shaming in the free software community have been attacked after standing up to speak. In my case, I had asked a question at a UN forum and within a few weeks, all kinds of people were running around in the shadows looking for ways to hide my blog or censor mailing lists.

The fact that these attacks and votes take place suggests that some people fear independent volunteers with leadership skills. They simply want to have their cake and eat it too. When somebody knows their actions may hurt another contributor, they need to spend many hours on a shared document crafting an email that has a semblence of credibility. When somebody is acting with integrity, they have less fear about standing up to speak in front of a group.

When I look at many of the things people write about RMS, I simply can't imagine they would say the same things to another person in the same room.

Public speaking is a powerful buffer against censorship and oppression. Whenever students and interns ask me for advice now, instead of recommending a program like Google Summer of Code, I suggest they start by joining a Toastmasters group before they become too involved in free software.

Being a successful speaker is a skill that is honed with practice. Giving very short speeches every week, in a Toastmasters group or any other setting, is like adhering to a fitness training program or regularly practicing a musical instrument.

Rather than running around with petitions, if somebody develops a better philosophy than Richard Stallman and has a better way to communicate it, Stallman himself may become one of your followers. That is the means of change envisaged by Carnegie. 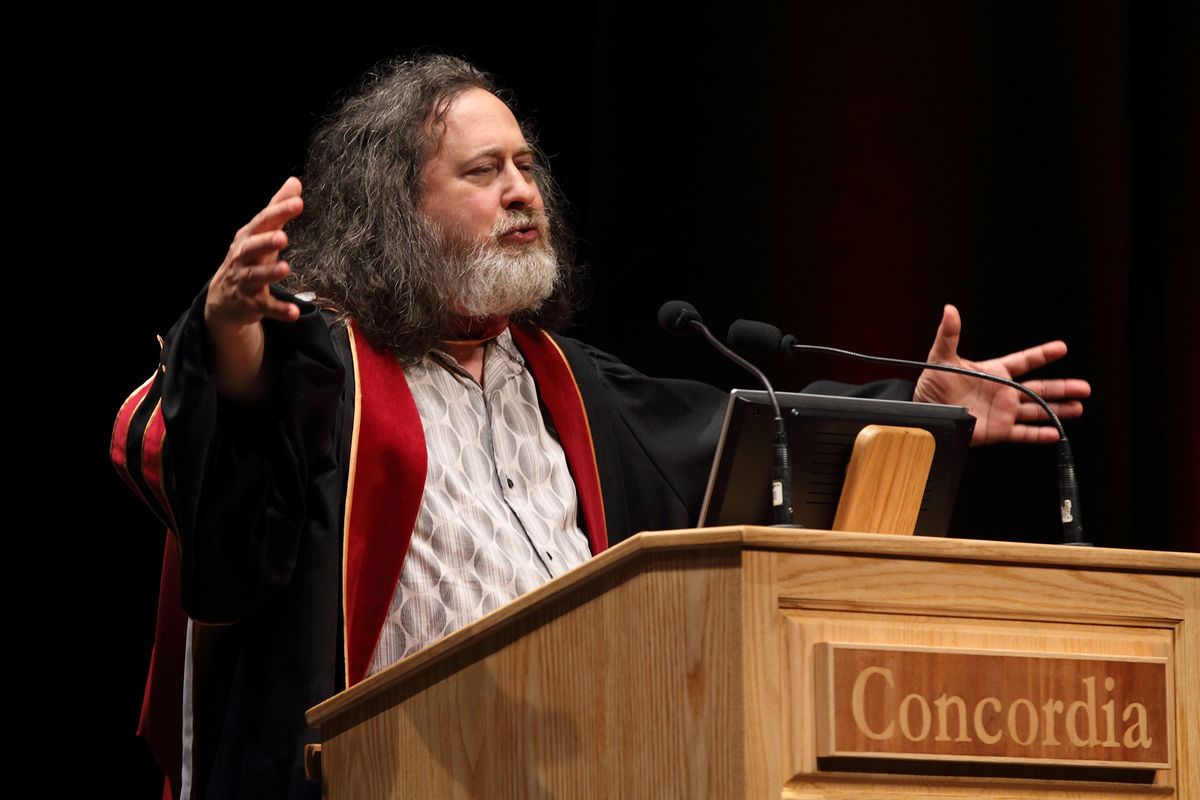