Diversity at the Australian Open Tennis, Margaret Court and the FSF's Richard Stallman

In 2020, Tennis Australia presented a special trophy to Margaret Court, one of the greatest tennis players of all time. Court claimed all four major titles in the year 1970 and won a total of 24 grand slams: Serena Williams has only won 23 so far and Roger Federer only has 20.

While there is no doubt as to Court's greatness as an athlete, her views on LGBT people and their rights are controversial and not consistent with the majority of people in the sport today. 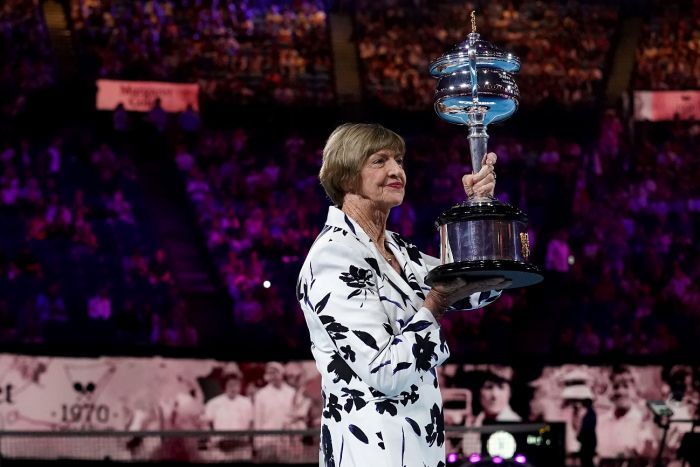 Despite these sensitive issues and the offense they cause to LGBT players in particular, Tennis Australia has still gone ahead with a ceremony to recognize Court's achievements as an athlete, right in the middle of the 2020 Australian Open tournament, on center court, the trophy presented to her by another legend of Australian Tennis, Rod Laver.

While doing so, Tennis Australia has made it clear that they are distinguishing her personal views from her sporting achievements, explicitly acknowledging the pain caused by the former. Fellow athletes went further, Martina Navratilova climbing the umpire's chair and using the microphone to denounce Court.

Compare this to the recent lynchings in Free Software communities around the world.

In 2014, Brendan Eich, one of the co-founders of Mozilla, was promoted to the position of CEO. A lynching-by-Twitter quickly began, hounding him to resign barely 10 days later because of his concerns about gay marriage.

In 2019, similar tactics were used to attack Richard Stallman (RMS), founder of the Free Software Foundation. RMS has no homophobic or sexist agenda. He is a computer scientist, not a diplomat and some of his communications could have been worded more carefully. Nonetheless, the dogs were let off their leash, things he had written were used out of context to create a false depiction of him as a villain and within a few days, RMS had resigned.

In contrast to Tennis Australia's memorialisation of Margaret Court's achievements, the FSF has set about deleting RMS's legacy, deleting his name from their history. Newspaper headlines have appeared associating RMS with Jeffrey Epstein, yet there is no evidence that they ever had any contact during Epstein's visits to RMS's former workplace, MIT. This type of press coverage is no accident: it is not only intended to hurt RMS personally, it is also intended to undermine his message of freedom. It is an attack that hurts anybody with a personality that prioritizes principles over popularity.

In the short term, some of those behind these attacks may be giving themselves high-fives and pats on the back but in the long term, these lynchings send out a subconscious message to volunteers that we are all disposable. If the founder of the movement can be backstabbed on the cusp of his retirement, anybody can. Tennis Australia's celebration of Margaret Court, however, sends out a message that achievement will always have merit and nobody's achievements will be erased for political expedience. Which type of organization would you rather associate with in the long term?

If you have to force people to fit your definition of diversity, you are not promoting diversity at all.

Genuine diversity has its roots in the principles of equality and human rights. Mob justice, censorship and exclusion on political grounds violate human rights and therefore sabotage the foundation upon which diversity is built.